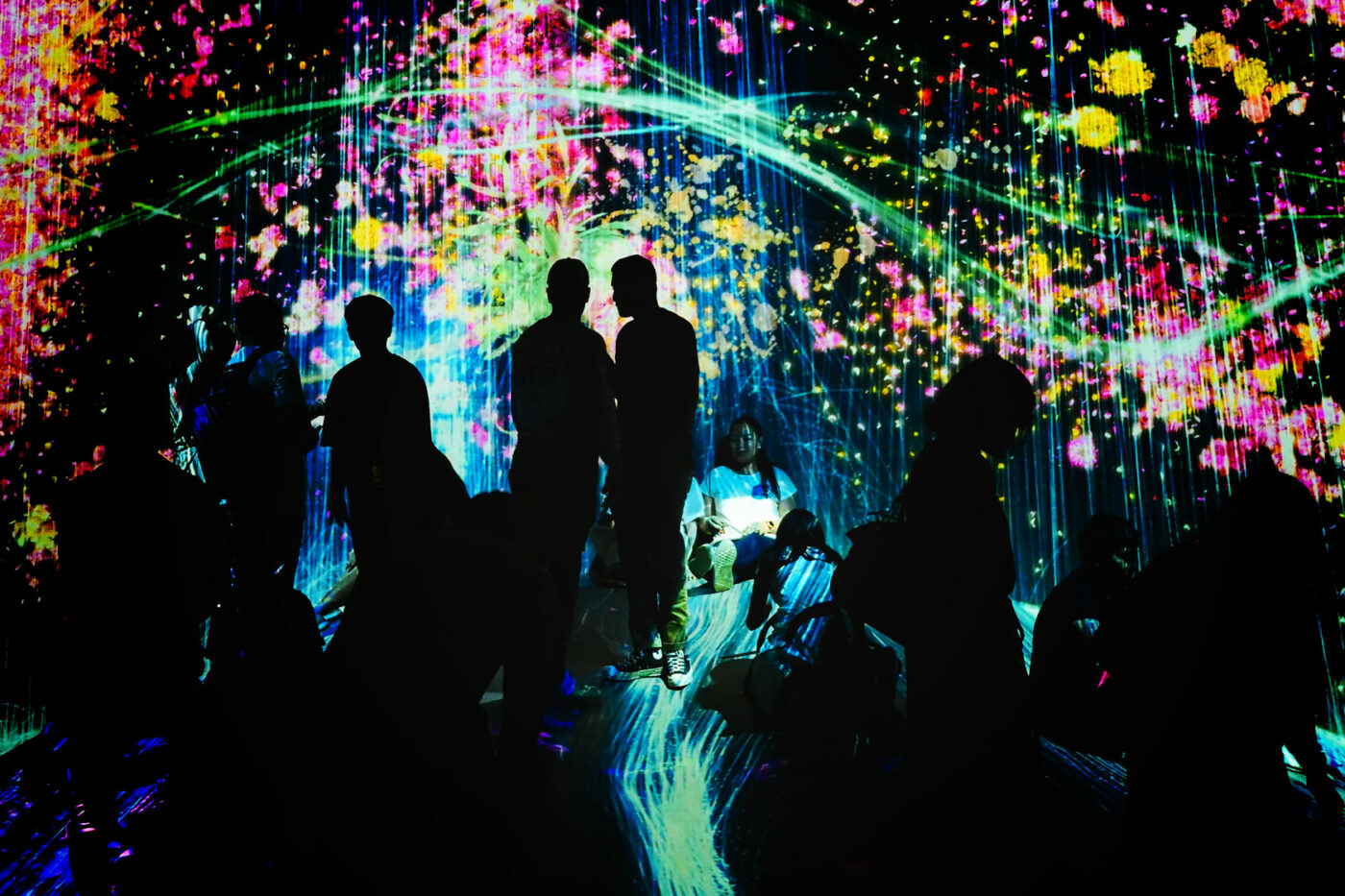 What You Need to Know About Bid Shading

In 2021, marketers spent  $106 billion on programmatic advertising — a number that’s expected to rise to  $142 billion by 2023. This automated approach has reduced lead times and made the advertising world more efficient, and one of its greatest benefits is the reduced cost of ad visibility through one key practice: bid shading.

A way for demand-side platforms (DSPs) to save as much as possible on their price auctions, bid shading helps buyers minimize their ad expenditures — but it helps supply-side platforms (SSPs) get the most from their inventory as well. In this article, we’ll take a look at the ins and outs of bid shading, the impact it’s had on the first- and second-price auction models, and how a savvy bidder can maximize their impression efficiency using this tool.

A Guide to Bid Shading for the Programmatic Advertising Buyer

Whether it’s artificial intelligence or predictive analytics, data drives our world. Data-driven decision-making has filtered into the marketing world through programmatic advertising, which uses software to streamline the process of bringing an ad to life.

One of the many advantages that programmatic advertising offers is the ability for both DSPs and SSPs to perform bid shading across their ad exchanges. By using this strategy, buyers can leverage their programmatic software algorithms to analyze past data trends and convert them into the lowest bid price possible. This allows advertisers to minimize their cost per impression and maximize the efficiency of each advertisement.

Before we can fully understand the benefits that bid shading brings to the table, we need to know a bit about the first-price and second-price auction models — and the impact bid shading is having on each.

Also known as a top-bid auction model, the first-price auction model works in much the same way that an everyday auction would. A supplier (publisher) puts its ad space for sale on an ad exchange, and the inventory is sold to the highest bidder at the most recent bid that was offered.

Second-price auctions, initially called Vickrey auctions and adopted by Google and Yahoo, encourage buyers to bid as high as possible by minimizing their risk. Even if an advertiser bids the highest amount that it can, it will have to pay only a penny more than the second-highest bidder. That lowers the total price, making advertisers more willing to bid — and giving suppliers a more stable market.

A study conducted at Carnegie Mellon University explained some of the reasons behind the shift, finding that transparency and simplicity were two driving factors. One researcher stated, “The prevailing wisdom explaining the move was that first price auctions were more transparent since you pay what you bid.”

Another cited visibility concerns surrounding second-price auctions: “Added to this was a lack of transparency in the fee structure and pricing rules of exchanges that aroused suspicion about reserve and second-price determination.”

Bid shading can be done in both first- and second-price auctions, but because the algorithm doesn’t need information on an anonymous second party’s bid price to determine the proper offer, it’s easier to achieve under the first-price model. Header bidding also makes first-price-style auctions more attractive than second-price-style auctions, so this makes bid shading even more effective at lowering the cost of bringing an ad to the market — and more important than ever.

Bid Shading Leads to a Lower Cost per Impression

The primary benefit of bid shading is that it lowers the total cost per impression, and it does so in several ways. First, it cuts costs by mathematically calculating the bids that should be offered based on a series of data points — which we’ll discuss in a moment. By empirically determining the minimum bid that should be offered, the auction winner no longer has to guess what an appropriate bid price is and may obtain the optimal price.

The other way that bid shading reduces the cost per impression is by identifying the largest inventories on which buyers should place their bids. Bid-shading algorithms don’t just use their data sets to minimize the cost; they also use them to find which spaces should receive the highest bids. Armed with this knowledge, buyers can place the highest offers on the inventories that give them the most access to their base, giving them even more bang for their buck.

Taken together, bid shading lowers bid prices by replacing the guesswork with data, and it lets buyers make more informed choices on which spaces will maximize their visibility. The end result: a minimized cost per impression.

How Do Bid-Shading Algorithms Determine the Sale Price?

The bidding feature is one of the most helpful capabilities of many programmatic advertising platforms, as it analyzes a vast reservoir of seemingly disparate data points to help buyers purchase their inventory at a minimal cost. This requires the use of advanced algorithms that account for many parameters, like:

A bid-shading algorithm’s exact details will often be proprietary, but the variables it will take into account include the bidding model used by the exchange, typical bid rates for campaigns operating under similar parameters, minimum and maximum bid prices, and more.

Who Is Impacted by Bid Shading?

At first glance, bid shading may appear to benefit buyers only (advertising agencies or brands) and could be perceived as harmful to sellers (publishers). In reality, the practice is more complex than that. While it’s true that bid shading offers a more direct benefit to DSPs than to SSPs, it can provide benefits on both the demand and supply sides, depending on which auction model is used. Here’s a look at the impact bid shading has on both sides.

For buyers shopping for advertising space from a DSP, bid shading is strictly a positive. As marketers and brands search across multiple ad exchanges for the best place to post their ads, the bidding feature in their programmatic advertising software will help inform them of how much they should spend on each channel. The result of bid shading for DSP platforms is the lowest possible bid, which translates into savings for buyers.

What is Programmatic Display Ad Buying?

Because its objective is to minimize the price that a buyer will offer, it may seem as though bid shading would hurt an SSP’s bottom line. After all, if a buyer’s price point drops, doesn’t that take away supply-side revenue? In some cases, that may be true, but there’s a bit more to it than that.

SSPs offering bid shading have two factors to consider. First, their buyers are heavily invested in purchasing their advertising inventory for a minimum price, so those buyers are probably using DSP software anyway. If so, they’re using bid-shading features to determine how much they should spend for each ad space, and when the price goes too high, their algorithm will tell them to spend their money on a space that fits their budget. If SSPs don’t use bid shading, their buyers will do business elsewhere.

But bid shading does offer a more concrete benefit to SSPs, as it gives them the ability to stabilize their profit margins. By implementing bid shading automatically, SSPs can assure their buyers that they’re getting the best deal possible, even in a first-price world. This gives advertisers and brands greater confidence in the SSP exchanges they buy from, which assures suppliers that their clients will come back for more.

Whether you’re a DSP or an SSP, the end result for an auction winner is the same: The winner pays the lowest price possible for the space. From a buyer’s perspective, that means maximum savings, but from a supplier’s viewpoint, it means a lower profit margin than an excessively high bid, but a more stable revenue stream due to buyer confidence.

At this point, it’s worth noting that the types of auctions used contribute to the push and pull that occurs between DSPs and SSPs when bid shading comes into play. With a DSP, buyers have direct access to pricing data within the exchange, but with an SSP, buyers have less visibility into the prices being offered. This is especially true when suppliers use the second-price auction model, through which the final price tag is determined by the second-highest bidder. The lack of transparency in second-price auctions for SSPs has raised concern among some DSPs, which partly explains the migration to the first-price model.

Bidding Strategies for the Savvy Bidder

Overall, bid shading is an extremely helpful tool in minimizing the amount that buyers pay for their inventory, but it ought to be used correctly. Several strategies can be implemented to help you bid-shade effectively, like:

Shading is also a particularly successful bidding strategy to use in prospecting and branding campaigns. In the former, potential buyers and inventory sources can be accurately valued, and in the latter, it can be used to mimic the price fluctuations of a second-price auction. Be warned, though: If a DSP isn’t altering its bid prices as it moves from one source to another, your bid-shading feature is failing, and you may be paying too much.

Get Answers to Your Bid Shading Questions

Bid shading was an essential part of the digital advertising world in 2021, and there’s no reason to think it won’t be throughout 2022 and for years to come. As long as buyers will seek to pay bottom dollar for their ad space, they’ll look for a data-driven way to make their cost per impression as efficient as possible — and that’s what bid shading does. Even suppliers have seen the value in integrating bid-shading features into their SSPs (though sometimes at a fee), and the practice even works in an increasingly first-price world.

If you have questions about bid shading, programmatic advertising, and how you can optimize your strategies throughout the omnichannel landscape, reach out for a free consultation. Many programmatic ad buying platforms can be difficult to access for mid-market brands or independent agencies due to prohibitive minimum budget requirements, but working with an agency like AUDIENCEX can get you seamless access to the full digital landscape while leveraging our expert strategists to maximize efficiency in your spend and performance from your campaigns.