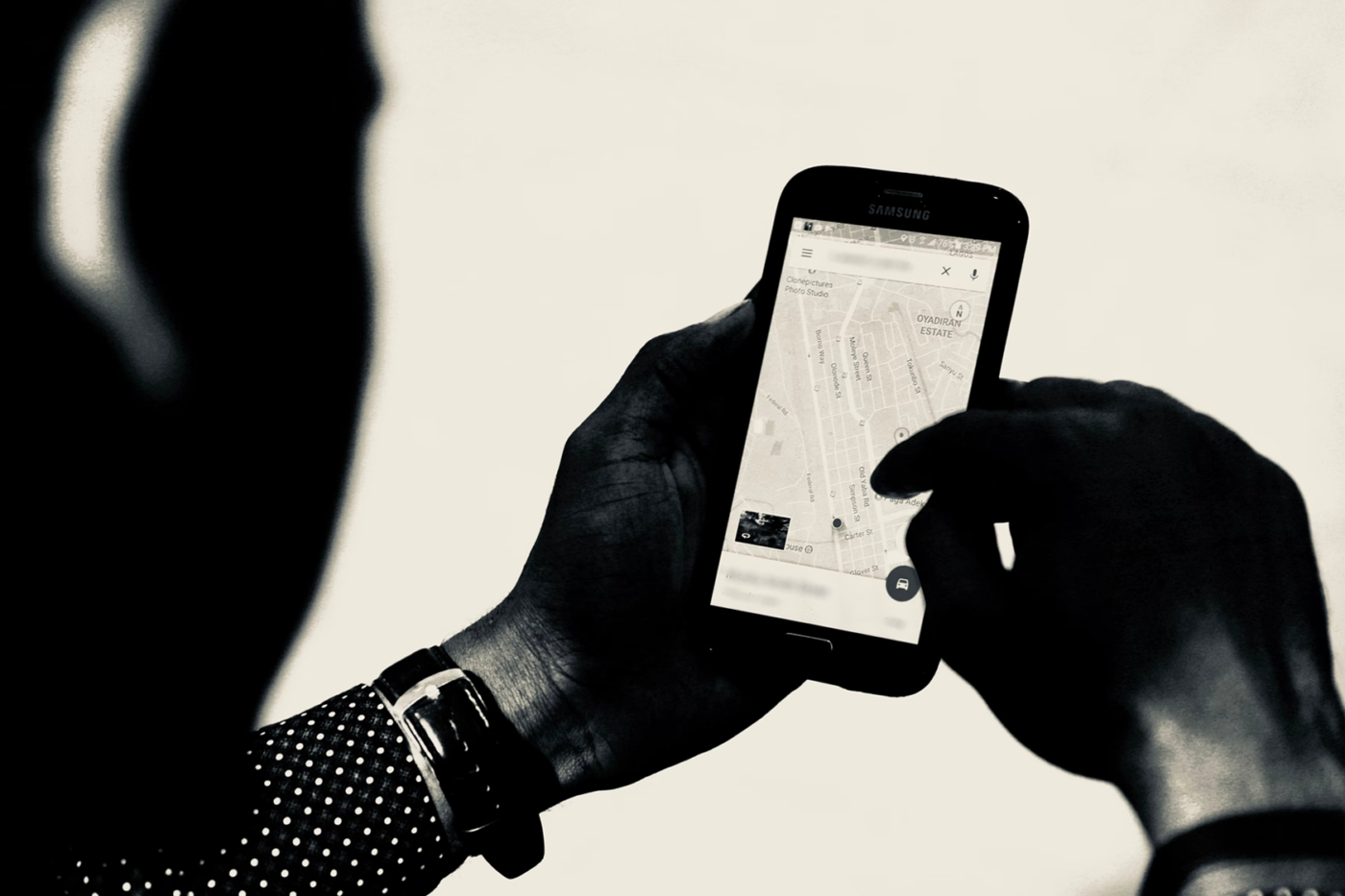 How to Use Geolocation Data for Political Advertising

Running a political campaign in the modern, digitalized world has become an art form in and of itself. To successfully design and execute a political campaign, your biggest asset is information. Relevant, timely data points have always been a vital aspect in the arsenal of tools all political candidates and their managers use. Today, however, you can tip the balance in your favor with the incorporation of geolocation data.

The 2012 U.S. presidential election famously used novel geolocation data strategies. As the Harvard Business Review noted at the time, “The campaigns that did well with their big data efforts did well in the election.”

In the decade since, the development of location-based technology has made this kind of data accessible to the masses. If you’re a tech-savvy political strategist, geolocation data can help you succeed. If, however, you underestimate the power geolocation has on political advertising, you risk falling behind.

If you’re struggling to accurately target your desired political demographic, geolocation data can help you deliver ads to the relevant audience.

So how can you use this form of geolocation data to your advantage? The resulting information may be used to reach a highly targeted demographic and center your advertisements around them.

For example, you can push an ad campaign about your candidate’s stance on preserving a local, ecologically-important park to individuals who live or work close by (and are therefore directly impacted by any plans to save it), people who commonly shop at Whole Foods or other chains known for their environmentally-friendly clientele, or people who visit similar parks in the district.

Similarly, you can seek out undecided voters or individuals who have no plans to support you (or your opponent). Using geolocation data, you can potentially connect with these constituents by finding common ground or focusing on their interests. For instance, if their location data shows that they shop at children’s clothing stores or routinely drive to a local elementary school, you can assume that they would be interested in your candidate’s stance on improving public education. You can deploy a targeted ad on this person’s preferred platform, outlining the benefits of supporting your campaign.

Whatever the campaign, you can use geolocation data to your advantage and set parameters for specifically designed ads in order to sell your cause — or your candidate — to them. This allows your team to target voters with strategies centered around visibility and awareness, acquisition, or driving traffic.

The collection of geolocation data is a relatively simple task, thanks in large part to the multitude of services that nearly everyone uses. In order to maintain a complete and uninterrupted collection of information, however, more than one network is required.

From WiFi networks and cell towers to Bluetooth-enabled devices and apps that run on GPS, there are many potential ways in which your audience’s geographical location may be tracked.

WiFi network connection points track users’ location. If a person connects to the network, a geolocation data point is created and stored. Every time a person logs into their friend’s WiFi network, sets up a connection at a local coffee shop, or hops onto free WiFi at an airport, bus station, or hotel, their location is collected.

The fact that smart devices send and receive data through routers — even when not in use — allows for extremely accurate location data in any place with a public network.

Similarly, IP address tracking provides general position information, such as the region from which the device is used. Although it is less accurate than WiFi and can be easily masked using a VPN service, it may still be used reliably for targeted political ad placement.

While WiFi geolocation data and IP address tracking are both powerful, they can be masked by a tech-savvy (or security-conscious) audience, and this will cause false data. Cell tower data, on the other hand, can’t be tampered with or hidden. As a result, they offer a more reliable way to track a person’s location.

Cell tower data is created when a person uses their phone to make a call. Using their device’s signals and a combination of at least three towers within close proximity, cell tower mapping allows for true location data to be collected at all times.

Bluetooth technology has exploded in popularity since the introduction of wireless sound systems, but this isn’t all that this technology is capable of. Bluetooth features are built into computers, smartphones, gaming consoles, heart rate monitors, remotes, sensors, and other IoT devices. As a result, most people regularly interact with bluetooth devices, and the geolocation data they generate can offer large-scale insight.

To give an example, Bluetooth tracking has been used during the COVID-19 pandemic in order to provide valuable location data of patients who test positive for the virus.

In a similar fashion, Bluetooth tracking data could also be used to track targeted individuals or groups for the success of your campaign.

Finally, there is GPS service, a well-known satellite-based tracking system that is used by a major percentage of the population. With the popularity of delivery services and modern navigation systems, GPS technology is the go-to source for most location tracking data.

With the help of GPS, you can design an advertisement that will be shown in a particular location whenever the target user has reached it. This causes the effectiveness of a given ad to be increased significantly.

How To Use This Data For Political Advertising

Now that you have a clearer idea as to how your audience’s locations are tracked, one question remains: how can you use this data to your advantage?

With the right digital marketing tactics, geolocation data will help you target certain voters when — and where — a political advertisement will have the greatest impact. Not only that, but the data also allows for more accurate polling and prediction metrics, which helps you further segment your audience and reduce wasted ad spend. It also allows for effective presentation of personalized ads via programmatic ad buying.

To start, use geolocation data to build voter profiles, design campaigns that matter to constituents, and leverage geotargeting and geofencing tactics.

Track Your Audience’s Location Patterns To Create a Profile

By leveraging geolocation data, you gain insight into people’s personal preferences. From this, you can easily build a profile for all the major audiences that your political campaign wishes to target.

A profile of a specific audience for your campaign is not based on loose assumptions, but rather it’s a precise description of your target audience based on facts derived from their location patterns. With a voter profile, you can develop concrete strategies that build upon an in-depth understanding of your targets.

People vote when issues — especially ones that seem relevant to them — are underlined. This well-known concept has been successfully used to target specific demographics in elections.

Creating a campaign that resonates with your voters is important, as is developing stances that will interest more new voters. Both can be accomplished using the personalized profiles you create using geolocation data.

Whether you’re looking to reinforce an already strong community that backs your candidate or you’re hoping to attract a new audience, geographic data allows your team to dive deep into localized issues, complaints, and struggles — and present an image of compassion and community to the people.

When looking at why people choose not to vote, the lack of localized engagement plays a large role. With the help of geolocation data, you can rectify this problem by engaging with potential voters where they are and with regard to the issues that directly affect them.

Geotargeting and geofencing are two programmatic marketing tactics that allow you to share relevant, highly personalized advertisements to help drive voters to the polls.

Geofencing, particularly in politics, can be an extremely effective strategy. The ability to isolate any region to provide tailored advertisements tying in their local issues is a great asset in any political movement.

With several channels of advertisements, these localized ads can boost your candidate’s standing in the entire region. If an area is home to a very diversified population, it may be harder to secure all the residents through a single form of advertising.

This can be tackled with the audience profiling mentioned above. Using geotargeting methods, specific ads can be presented to segmented audiences based on interests, behaviors, age, and more.

Geolocation data can be a powerful asset in any strategy of your political campaign, and in this day and age, it may prove vital for successful political marketing.

Whether your goal is to maintain your political favor in a certain region or reach new audiences to engage, AUDIENCEX provides a multitude of services, including end-to-end campaign management, holistic strategy development, and full creative services to elevate your political marketing to the next level. Reach out now if you’d like to learn more.

Our recent roundtable webinar with Magnite and Vistar Media is now available on demand. We discussed the challenges unique to this contentious midterm year and explored tactics and channels that can help engage voters more meaningfully.