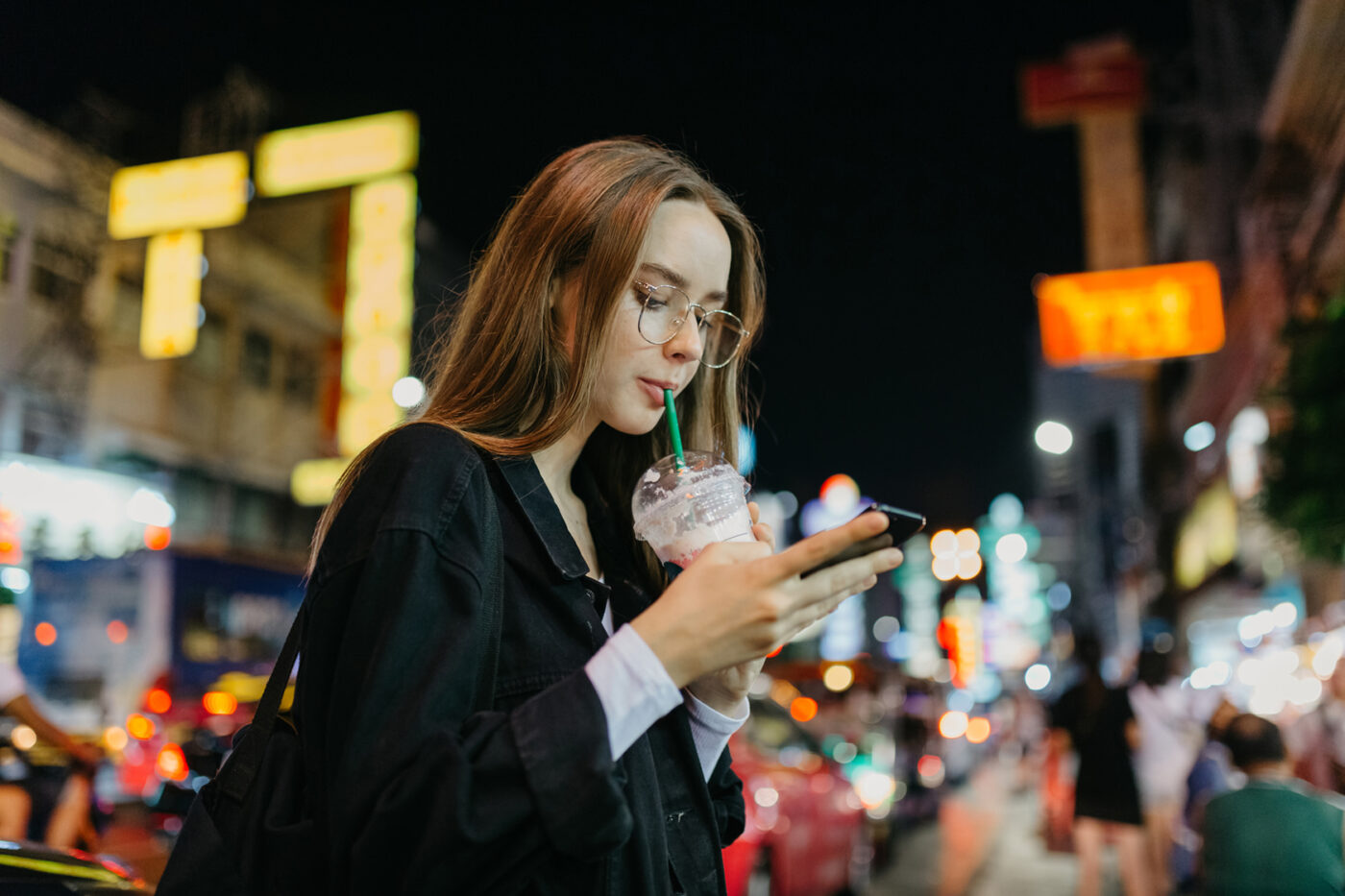 What is happening with iOS14?

Apple announced last year that their newest operating system iOS14 would include an app tracking transparency framework (ATT), which is a new privacy protection framework for Apple devices aimed at improving consumer privacy.

Under ATT, when an Apple device owner downloads or opens an app, a notification will pop up asking if the user wants to be tracked across third-party apps and websites.

Previously, Apple users had to take action to opt out of sharing their data, but this change allows users to choose whether they want to allow their data to be tracked by third party sites and apps—and it switches from opt out to opt in.

The expectation is that roughly 75% of users are going to opt out, and so that’s a huge potential impact. Consider the math: if roughly half of all mobile users are on iPhones, and about three quarters are expected to opt out, that’s going to translate into about a 3/8ths decline in trackable users for advertisers.

Apple users generate up to five times the revenue of Android users, so these privacy updates will have a big impact for advertisers. Not only are marketers losing a huge share of potential users, they’re losing what are often the most valuable users a marketer would like to advertise to.

This is all going to have the effect of restricting, aggregating, and delaying event reporting and that’s going to have effects throughout Facebook and other social platforms.

Who is going to be affected by these changes?

These changes with ATT and iOS14 are going to affect many different types of marketers, including those who:

Impacts on Apps vs Web-Based Advertising

This article is not really going to get too deeply into the impact and the specifics with apps. They are roughly analogous, there’s going to be limitations on the event tracking.

The new strategies for resolving those issues are pretty similar, and relies on updating your SDK and making some changes there. But we’re primarily going to cover the impact on web based advertising.

So How Does iOS14 Affect Marketers?

Marketers may experience the following across platforms:

For years, advertisers could find success relying on data, which was the value prop of Facebook from an advertiser perspective. Now that this trend has reversed. What was advertising before all this data? It was really creative, and creative is going to become relatively more important than it has been recently.

What Happens If You Miss the Deadline?

Apple has just announced that iOS 14.5 will be released this week, so it’s important to prepare for these privacy updates ASAP. If you miss this deadline, it’s not the end of the world. But if that happens, Facebook is going to choose your eight events for you. So if you don’t think that you’ve got your best events chosen and configured for your tracking, Facebook’s going to make that determination on your behalf.

If you have an ad set in your campaign that is using an event that’s not in the list of the eight that you select, it will be permanently paused. You won’t be able to restart it, you have to rebuild that campaign.

What Should You Do if You Need More Help?

The first place to go is the Resource tab directly in your Facebook ads manager. In the ads manager next to your campaign ad set and ads tabs there’s a new tab called Resource Center and, if you look at it, it gives you specific tasks that you need to take to be prepared. They do a reasonable job of giving you guidance here so that you don’t have to learn this in exquisite detail, but you can get yourself prepared by following the steps and then understanding the updates.

The first thing that you’re going to need to do is to verify your domain. This is really specific to Facebook, this is not something that needs to be done on all the other platforms.

For Facebook, this is a step that they are going to want you to follow and you need a few things to do it. You will need:

Create a list of your 8 prioritized events. You want to have them in priority from highest to lowest so that in the instance of multiple events occurring, you can help ensure that the event which is most important is the one that gets reported. So, for example, if you were an e-commerce customer, you might start with purchase, followed by “add to cart”, followed by “view content” in a simple example.

It’s very important to remember here we’ve had a lot of questions about this, and we have a lot of advertisers using custom conversions. And yes, custom conversions count towards your limit of 8 conversions. If you have more than eight events that you track against, such as an advertiser tracking a lot of different page views or button clicks, you’re going to have to make choices.

You’ll only be allowed to track eight, so you have to figure out what you want to keep, and what you can do without. It’s also important to note that these selections can be changed in the future, so you’re not locked into this for life. However, once the ATT enforcement begins, there’s a delay in the change. Ideally you can set these up once and not have to tinker with them constantly.

While not essential, Facebook recommends benchmarking your performance now in order to reference for comparison in the future. On January 19 Facebook reduced the default attribution window for advertisers from 28 day click to seven day click to align with ATT. So if you saw a sudden performance decline around that time, this is probably the cause. It’s not that fewer events are happening, they’re just not being reported like they were previously.

In the table above we’ve got attribution occurring within the predetermined windows over 1, 7 or 28 days. So specifically for looking at the click attribution data in the lower right box, we see adds to cart from one day, seven days and 28 days.

So if you were this advertiser and you had seen 66 adds to cart with 28 day attribution, now you’re going to see 56 because you’re only looking at Instacart which occurred within seven days. This doesn’t really mean that those 10 didn’t happen, but you’re not going to see that in your reporting and it’s going to make all of your reporting look a little less effective.

The reason Facebook is telling you to benchmark your performance is that they know that it’s going to make their entire channel look worse. And if it looks worse, they’re going to get less budget allocated there. Facebook is really upset with Apple, because these privacy changes are going to have an immediate you know material impact, unless they go out of their way to educate advertisers on understanding exactly what this all means and how to navigate it.

So these one, seven and 28 day attribution windows are still available in the platform. You can find them by going to your column customization setting, and if you scroll to the bottom right you’ll see the checkboxes where you can get these attribution windows to appear in your grid. When you do that you’re able to simply download it as a CSV and have it for future reference.

But the key thing to know is that this is not going to be available in the UI forever, so this is something that’s sort of going to expire.

Now, there will be ways that you can access it or reporting API, but if you’re not already doing that, now that might not be worth your effort.

This will vary by advertiser, so it is recommended to just go in and get it now so you can have it for future reference as all these other changes come about. If nothing else, it gives you a point of reference, so you can think about what the changes here will mean for your reporting.

Once ATT is enforced the reported performance is going to decline, but you’re going to be able to roughly extrapolate, for example, that you know what was 60 conversions before these attribution changes came into play, will now be measured as let’s say 45 or something. With this benchmark reporting you can see that your CPA is not as high as you thought and it’s still within an acceptable range.

After ATT enforcement begins and all these changes come into place, and your audiences shrink, what are you going to do?

The number one thing we recommend is really taking advantage of Facebook’s offerings to support your first party audiences. That would include the in-app lead forms, video views, and social engagement.

This data doesn’t rely on pixel data because it’s all captured in the platform, so that is not only going to be a way to have some additional targeting features when these other audiences start to shrink, but it’s also going to be important in the future for cookie deprecation.

Between iOS14 and the loss of cookies, 2022 is going to be different and it’s going to require different strategies.

We’re going to have to figure out what to do in this new normal. At least we get a chance to deal with iOS14 first, and see how that goes before we have to tackle all the changes with cookies. But overall we’re going to have less data available and as a result, creative development is going to become relatively more important.